The geographical diversity of India has given diverse habitats to its bird-life. India plays host to 2100 kinds of birds including a number of migrant species who come across the Himalayas from northern parts of Asia and Europe to escape from severe winters and enjoy the warmer and longer days in central and southern India.

Cycling is my passion but I am an avid bird watcher as well. Recently I set on a cycling journey to regions that offer best combination of stunning cycling routes as well as bird-watching.

I started with the state of Uttarakhand which is located in the Himalayan Foothills in North India. The region is often referred to as the Land of Gods (Dev Bhumi) due to the many important pilgrimage centres found throughout the state. Magnificent views of the Himalayan peaks, fascinating flora and fauna, picturesque terraced fields being tended by colorfully-attired women, amazing setting of the small villages dotted on the hillsides and charming local cultures – provide the perfect blend for a memorable bicycle trip.

This region is best reached by a train from Delhi to Kathgodam followed by a short drive to Naukuchiyatal from where one can begin cycling uphill towards remote Himalayan terrain that is home to a surprising large number of bird species. After a night stay at Naukuchiyatal, I spent a week cycling in Mukteshwar, Chalichinna, Thikalna and Ganghet. The region offers stunning views of the Himalayan peaks and the terraced valleys and along the way I spotted almost 50 species of birds. 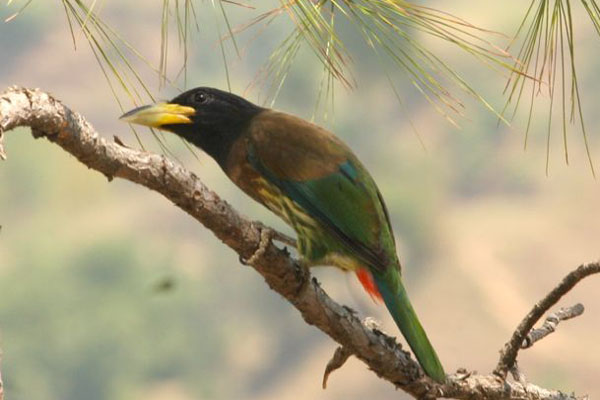 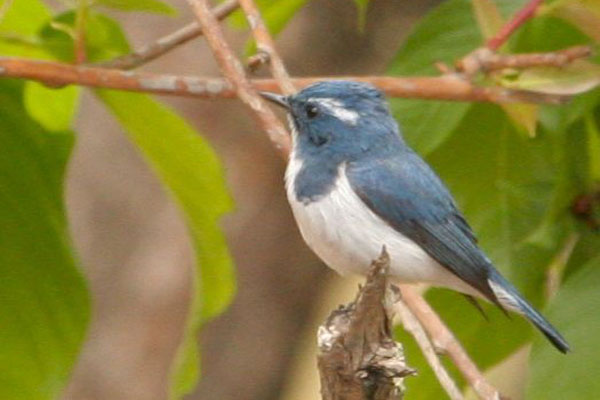 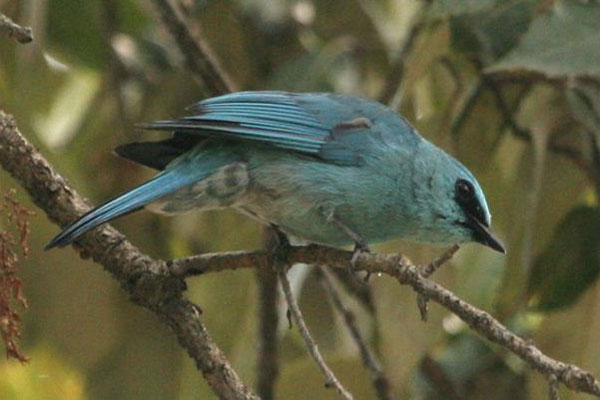 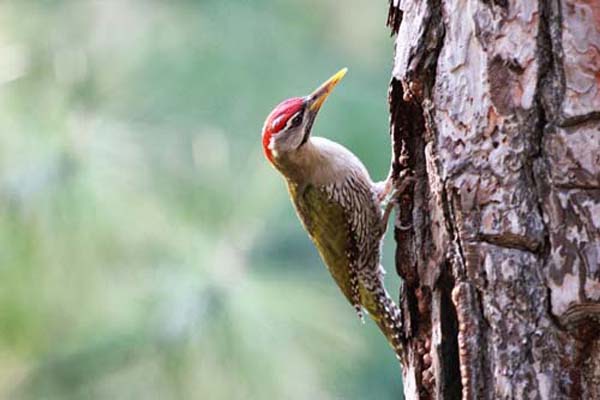 Scaly Bellied Woodpecker
During the next leg of my cycling and bird watching trip, I travelled to the north-western state of Rajasthan which, though largely associated with its colourful culture, also offers an amazing and diverse wild and birdlife. My first stop was the Keoladeo Ghana bird sanctuary in Bharatpur. This 29 sq. km. of marshland is one of the finest bird sanctuaries in the world with over 360 species of birds. Now a UNESCO World Heritage site, it used to be a part of the private shooting reserve of the Maharaja of Bharatpur.

The park is particularly spectacular at sunrise and a cycle ride inside the sanctuary at this time is a truly rewarding experience. The best time to cycle here is between October and March when every part of the lake is inhabited by winter water fowl. Migration starts as early as August. The first ones to arrive are small flocks of Garganeys, Coots, Snipes and Sandpipers followed closely by common Teals. By September, Pintails, Green Shanks, Water Rails, Warblers and Wagtails arrive in thousands. Spanish Sparrows come by the middle of September and October records the arrival of Common Pochard, Red-crested Pochard, Rosy Pastors, Ruddy Shelduck, Greylag Geese, Bar-headed Geese, Gadwalls, Mallards and with them the birds of prey. This is also the time for rosy Pelicans and Flamingoes. They add grace and elegance to the park but it is the arrival of the rare Siberian Crane that makes it a special attraction. 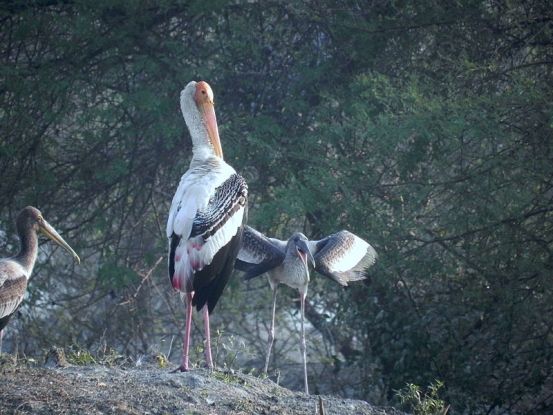 Painted Stork
From Bharatpur, I cycled to rural Rajasthan and spent a few nights at the amazing Ramathra fort. This heritage hotel is ideally located between Keoladeo Ghana Bird Sanctuary in Bharatpur and Ranthambhore Tiger Reserve with Kailadevi National Park just 15 km away.

Water birds are the big attraction of the nearby Kalisil Lake. Besides being a rich feeding ground for ducks, storks and cormorants who visit every winter, there are plenty of local water fowl like kingfishers, sarus cranes, stilts and herons to see year round. One can cycle in the amazing countryside for bird spoting while boats are available for bird watching in the lake. 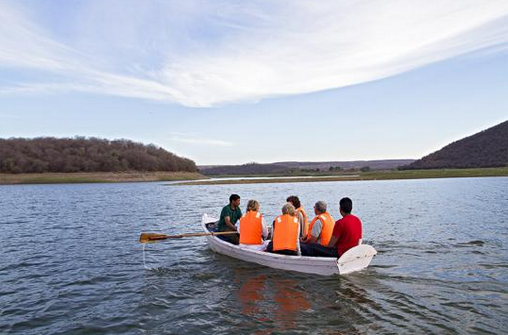 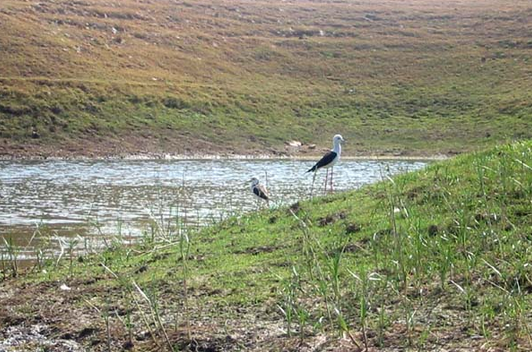 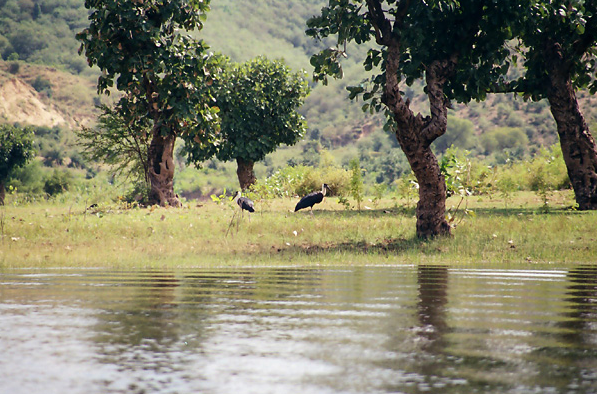 My last destination of the trip was Ranthambore Tiger Reserve located south-east of Jaipur. This park was previously the private hunting preserve of the Maharajas of Jaipur and the scene of royal hunting parties. Today, it is known for its tigers and is one of the best places in the country to see these majestic predators in the wild.

During my morning and afternoon jeep safaris in the park, I spotted a tiger (fortunately; it is said that you spot a tiger once in about ten outings) sambhar, chital, gazelle, Indian hare, mongoose, monitor lizards, leopard, hyena, jackal, jungle cats, sloth bear and marsh crocodile. The birds I spotted during the game drives and my strolls in the neighboring area of my resort were Jacanas, painted stork, black stork, white necked stork, Bonelli’s eagle, crested serpent eagle, the great Indian horned owl, quail, partridge, spurfowl and paradise flycatcher. 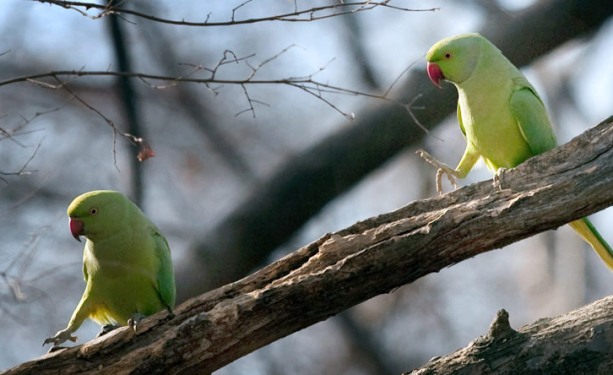 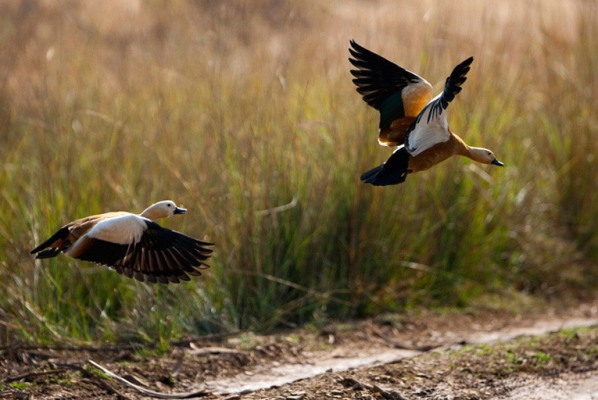 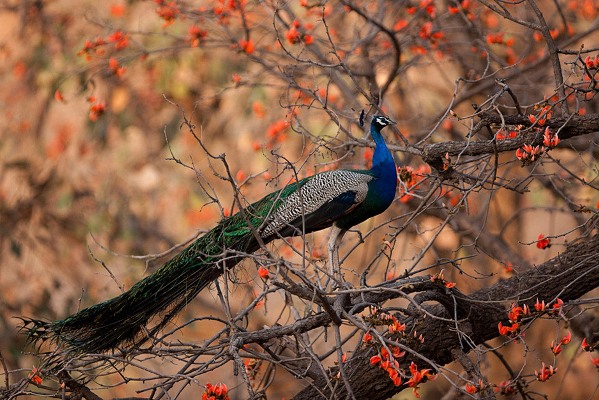